Learn the True Identity of Ya’oh and Ya’ohshai as well as His Covenanted Children.

Welcome, we are pleased to have you visit our website Yaoh.org. We re-directed BethYHWH.org  & Yahuah.US  to this website because we want all who visit here, to understand we took the modern Biblical Hebrew language as far as we could!

“A wise man will hear, and will increase learning; and a man of understanding shall attain unto wise counsels:” Likewise, “The fear of YAHUAH is the beginning of knowledge: but fools despise wisdom and instruction.” From the Thaiodah -MISHLEI  (PROVERBS) 1:5 & 7 את  Quotations are from Cepher Publishing Group.

We have a link to his website in the article, “Is the Almighty’s True Name ‘Yahuah | יהוה or ‘Ya’oh‘ | 𐤉𐤄𐤅𐤄.

“Therefore wait upon Me, says יהוה, until the yom that I rise up to the plunder: for My determination is to gather the nations, that I may assemble all malchutim, to pour upon them My indignation, even all My fierce anger:
9 For then will I return to the people a pure clean language, that they may all call upon the Name of יהוה, to serve Him with one consent.”  TsephanYahu (Zephaniah) 3:8 & 9.  This quotation is from Restoration Scripture True Name Edition.

Indeed, there was a time when all of Earth’s Creation spoke the same language.

“AND on the six days of the second week we brought, according to the Word of ELOHIYM, unto A’dam all the beasts, and all the cattle, and all the birds, and everything that moves on the earth, and everything that moves in the water, according to their kinds, and according to their types: the beasts on the first day; the cattle on the second day; the birds on the third day; and all that which moves on the earth on the fourth day; and that which moves in the water on the fifth day. And A’dam named them all by their respective names, and as he called them, so was their name.” YOVHELIYM (JUBILEES) 3:1-2 את Cepher Publishing Group.

“This is the Torah and testimony which was written down for Yashar’el, in order that they should observe all the days. And in the first week of the first jubilee, A’dam and his woman were in the Garden of Eden for seven years tilling and guarding it, and we gave him work and we instructed him to do everything that is suitable for tillage. And he tilled the garden, and was naked and knew it not, and was not ashamed, and he protected the garden from the birds and beasts and cattle, and gathered its fruit, and ate, and put aside the remnant for himself and for his woman and put aside that which was being kept. And after the completion of the seven years, which he had completed there, seven years exactly, and in the second month, on the seventeenth day of the month, the serpent came and approached the woman, and the serpent said to the woman, Has ELOHIYM commanded you, saying, Ye shall not eat of every tree of the garden? And she said to it, Of all the fruit of the trees of the garden ELOHIYM has said unto us, eat; but of the fruit of the tree which is in the midst of the garden ELOHIYM has said unto us, Ye shall not eat thereof, neither shall ye touch it, lest ye die. And the serpent said unto the woman, Ye shall not surely die: for ELOHIYM knows that on the day ye shall eat thereof, your eyes will be opened, and ye will be as elohiym, and ye will know good and evil.” YOVHELIYM (JUBILEES) 3:15-20 את Cepher Publishing Group.

“And on that day on which A’dam went forth from the Garden, he offered as a sweet savour an offering, frankincense, galbanum, and stacte, and spices in the morning with the rising of the sun from the day when he covered his shame. And on that day was closed the mouth of all beasts, and of cattle, and of birds, and of whatsoever walks, and of whatsoever moves, so that they could no longer speak: for they had all spoken one with another with one lip and with one tongue. And he sent out of the Garden of Eden all flesh that was in the Garden of Eden, and all flesh was scattered according to its kinds, and according to its types unto the places which had been created for them. And to A’dam alone did he give the wherewithal to cover his shame, of all the beasts and cattle. On this account, it is prescribed on the heavenly tablets as touching all those who know the judgment of the Torah, that they should cover their shame, and should not uncover themselves as the other nations uncover themselves. And on the New Moon of the fourth month, A’dam and his woman went forth from the Garden of Eden, and they dwelt in the land of Elda in the land of their creation.“ YOVHELIYM (JUBILEES) 3:28-33 את Cepher Publishing Group.

With so much going on today, we desired to bring refreshing Truths to you and enlighten you with the Word, even from books & verses that may have been kept from you, such as the one from above!

We thought it was very important to learn the Hebrew languages…often the message was lost or partially concealed.

Take for instance the books the scribe Baruk wrote and the prophet YirmeYah | YirmeYahu told him to write:

“It may be that the house of Yahudah will hear את eth all the evil which I purpose to do unto them; that they may return every man from his evil way; that I may forgive their iniquity and their sin. Then Yirmeyahu called את eth- Baruk the son of Neriyahu: and Baruk wrote from the mouth of Yirmeyahu את eth all the words of YAHUAH, which he had spoken unto him, upon a roll of a cepher. And Yirmeyahu commanded את eth- Baruk, saying, I am shut up; I cannot go into the house of YAHUAH: Therefore go, and read in the roll, which you have written from my mouth, את eth-the words of YAHUAH in the ears of the people in YAHUAH’S house upon the fasting day: and also you shall read them in the ears of all Yahudah that come out of their cities. It may be they will present their supplication before YAHUAH, and will return everyone from his evil way: for great is the anger and the fury that YAHUAH has pronounced against this people. And Baruk the son of Neriyahu did according to all that Yirmeyahu the prophet commanded him, reading in the cepher the words of YAHUAH in YAHUAH’S house.” YIRMEYAHU (JEREMIAH) 36:3-8 את Cepher Publishing Group

“HE said, O Chanok, look on the cepher of the tablets of heaven which have gradually dropped down; and, reading that which is written in it, understand every part of it. Then I looked on all which was written, and understood all, reading the cepher and everything written in it, all the works of man; And of all the children of flesh upon earth, during the generations of the world. Immediately after I blessed YAHUAH, the King of glory, who has thus forever formed the whole workmanship of the world.”

“And I glorified YAHUAH, on account of his longsuffering and blessing towards the children of the world. At that time I said, Blessed is the man, who shall die righteous and good, against whom no catalogue of crime has been written, and with whom iniquity is not found. Then those three holy ones caused me to approach, and placed me on the earth, before the door of my house. And they said unto me, Explain everything to Methushelach your son; and inform all your children, that no flesh shall be justified before YAHUAH; for he is their Creator.” CHANOK (ENOCH) 81:1-8 את Cepher Publishing Group.

“And Chanok also, the seventh from A’dam, prophesied of these, saying, Behold, YAHUAH comes with ten thousands of his qodeshiym, To execute judgment upon all, and to convince all that are wicked among them of all their wicked deeds which they have wickedly committed, and of all their hard speeches which wicked sinners have spoken against him.” Ya’ohdah | 𐤉𐤄𐤅𐤃𐤄  | YAHUDAH (JUDE) 1:14-15 את Cepher Publishing Group.

Earlier Editions of the Bible had far more books than the current translations with 66 books.

“And a superscription also was written over him in letters of Yavaniy, and Latin, and Ivriyt, THIS IS THE KING OF THE YAHUDIYM.” LUQAS (LUKE) 23:38 את Cepher Publishing Group.

In summary, “Ghabaray Hebrew”, is the Ancient language that dates back to Adam, our first Earthly father. 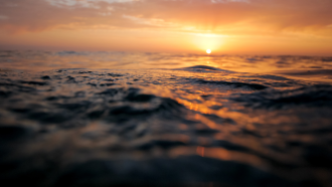 One thought on “We dedicated our websites to The Almighty Creator – 𐤉𐤄𐤅𐤄, our Savior – 𐤉𐤄𐤅𐤔𐤏, & the Ruach Ha’ Qodesh!”

This site uses Akismet to reduce spam. Learn how your comment data is processed.